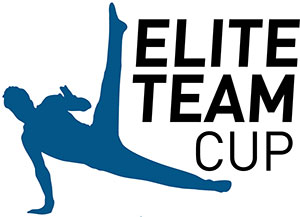 INDIANAPOLIS, Feb. 27, 2017 – 2016 U.S. junior all-around champion Shane Wiskus of Spring Park, Minn./Mini-Hops Gymnastics, 2016 Junior Pan American team and floor gold medalist Vitaliy Guimaraes of Arvada, Colo./5280 Gymnastics, 2016 U.S. junior still rings bronze medalist Max Andryushchenko of Chicago, Ill./Lakeshore Academy of Gymnastics, and 2013 NCAA floor champion Trevor Howard of Columbus, Ohio/Pennsylvania State University, are among the nine senior elite male gymnasts who will compete alongside junior elite men’s regional teams at the 2017 Elite Team Cup at Prudential Center in Newark, N.J., at 6 p.m. ET on March 4. The Elite Team Cup is held in conjunction with the 2017 AT&T American Cup, an International Gymnastics Federation World Cup event that features some of the world’s biggest names in gymnastics and will be held earlier on March 4 at 11:30 a.m. ET, and the Nastia Liukin Cup, which showcases many of the country’s best Junior Olympic female gymnasts and is slated for 7 p.m. ET on March 3. The Elite Team Cup will be webcast live at usagym.org and the USA Gymnastics YouTube channel.

The Elite Team Cup features nine men’s Regional Teams, each consisting of six junior elite gymnasts and one senior elite athlete. Team scores for the Elite Team Cup will be based on five athletes competing on each event with the top four scores on each event counting. In addition, there is prize money for the results in the Senior Elite All-Around (all six events counting). Finally, results will be kept for the junior-athlete-only Regional Elite Team results – based on the top three junior elite scores on each event – that will serve as the basis for the 2018 draft.

A complete regional team roster is included below

The junior elite gymnasts must be between 13-18 years of age as of May 31, 2017, and will be selected from the Regional Elite Team Program. The Junior Elite gymnasts will follow the USA Gymnastics Level 10 Age Group Competition Program rules, with the senior gymnasts competing under the International Gymnastics Federation rules.

2016 Olympic replacement athlete Ragan Smith of Lewisville, Texas/Texas Dreams, 2017 Winter Cup champion Yul Moldauer of Arvada, Colo./University of Oklahoma, and 2016 Olympic replacement athlete and U.S. parallel bars bronze medalist Akash Modi of Morganville, N.J./Stanford University, will represent the USA at the 2017 AT&T American Cup, which is the USA’s most prestigious international invitational and part of the International Gymnastics Federation’s all-around World Cup series that is slated for March 4 at Prudential Center in Newark, N.J. The USA will have an additional women’s athlete competing as a wildcard entry, which will be announced soon. All U.S. athletes are expected to show competitive readiness prior to the event.

Tickets are available for the AT&T American Cup, the USA’s most prestigious international invitational and part of the International Gymnastics Federation’s all-around World Cup series. Tickets may be purchased through ticketmaster.com, by phone at 800-745-3000, at all Ticketmaster outlets, as well as at Prudential Center’s box office. For group sales (10+ people) information, please call Prudential Center’s Group Sales department at 973-757-6250. For additional information, please go to americancup.com.