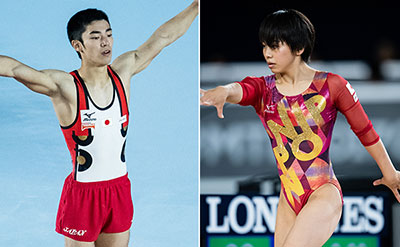 World all-around champion Morgan Hurd of Middletown, Del./First State Gymnastics, and 2017 World bronze-medalist Yul Moldauer of Arvada, Colo./University of Oklahoma, will compete for Team USA. The USA will have an additional men’s and women’s athlete competing as wildcard entries, which will be announced at a later date. All U.S. athletes are expected to show competitive readiness prior to the event.

Representing 10 countries, the gymnasts who have accepted invitations are listed below by country.

In the men’s field, Shirai helped Team Japan to the gold medal at the 2016 Olympic Games in Rio de Janeiro. He is also a five-time World championships gold medalist (2013, floor exercise; 2015, team, floor exercise; 2017, floor exercise, vault) and has a total of eight World medals. Joining Shirai are fellow Olympians Barretto (2016) and Pakhniuk (2016). Sun is making this third appearance at the American Cup, having captured the bronze medal in 2016. Hall and Plata Rodriguez competed at the 2017 World Championships in Montreal.

Murakami, who in addition to World floor gold finished fourth in the all-around at the 2017 Worlds, is one of three women in the field to compete at an Olympic Games, alongside Seitz (2012, 2016) and Mao (2016). Mao was a member of the Chinese teams that won bronze at the 2016 Olympic Games and silver at the 2015 World Championships. Moors made her World Championships debut last fall in Montreal, recording a 15th place finish in the all-around and taking fifth in the floor final. Simm was a member of the British team that won the bronze medal at the 2015 Worlds. Brito and Veerman are making their senior international debuts at this year’s American Cup.

Hurd won the World all-around title at the 2017 World Championships, where she also claimed the balance beam silver medal. The defending American Cup champion, Moldauer is the reigning U.S. all-around and floor exercise champion, and earned the World floor exercise bronze medal in Montreal, as well as finished seventh in the all-around.

The American Cup showcases many of the world’s best gymnasts, in a one-day, all-around competition on March 3 at 10:30 a.m. CT. On March 2, the Nastia Liukin Cup features some of the USA’s top Junior Olympic female gymnasts and kicks off the big weekend at 7 p.m. CT. The Elite Team Cup, a team event with many of the USA’s top junior men, wraps up the weekend’s events on Saturday evening at 5 p.m. CT.

Single-session tickets for each of the three events are available, and the price ranges listed are plus applicable fees: American Cup, $59-$79; Nastia Liukin Cup, $39-$49; and Elite Team Cup, $29-$39. All-session ticket packages are still available and range in price from $89-$149, plus applicable fees, and include tickets to all three of the weekend’s events. Ticket prices vary according to the event and seat location. To purchase tickets, visit www.SearsCentre.com, call 1-888-SEARS-TIX, or visit the Wintrust Box Office at the Sears Centre Arena. Group tickets may be purchased by calling 773-327-3778. Discounted tickets are available through gymnastics clubs participating in the gym club ticket program. For more information, go to americancup.com.

Invitations to compete in the 2018 American Cup, which became a FIG all-around World Cup event in 2011, are based on team results from the 2016 Olympic Games in Rio de Janeiro, Brazil. All of the U.S. gymnasts will demonstrate readiness prior to competing. The competitors for the Nastia Liukin Cup and Elite Team Cup will be announced in 2018.